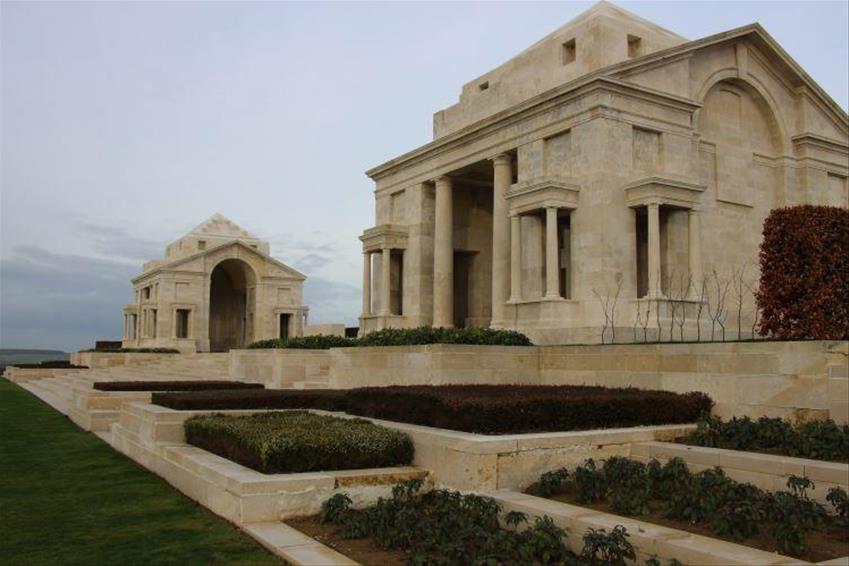 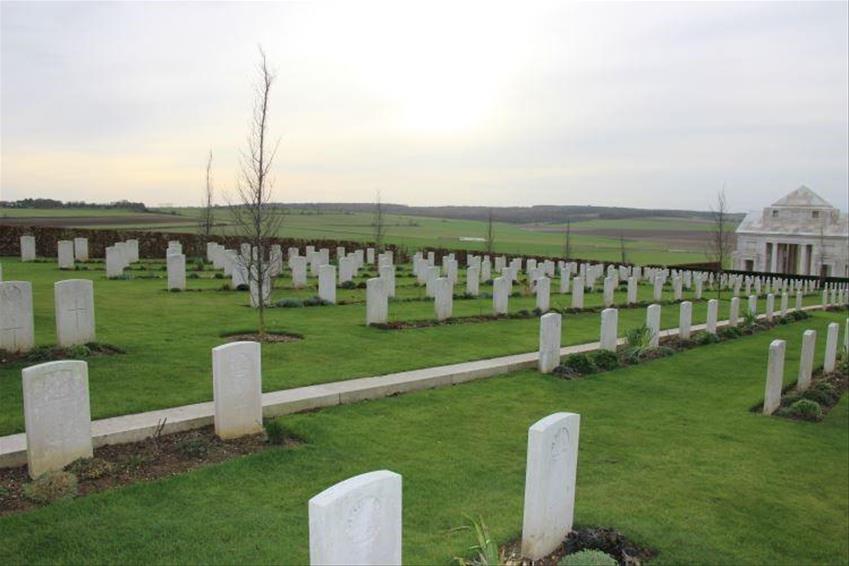 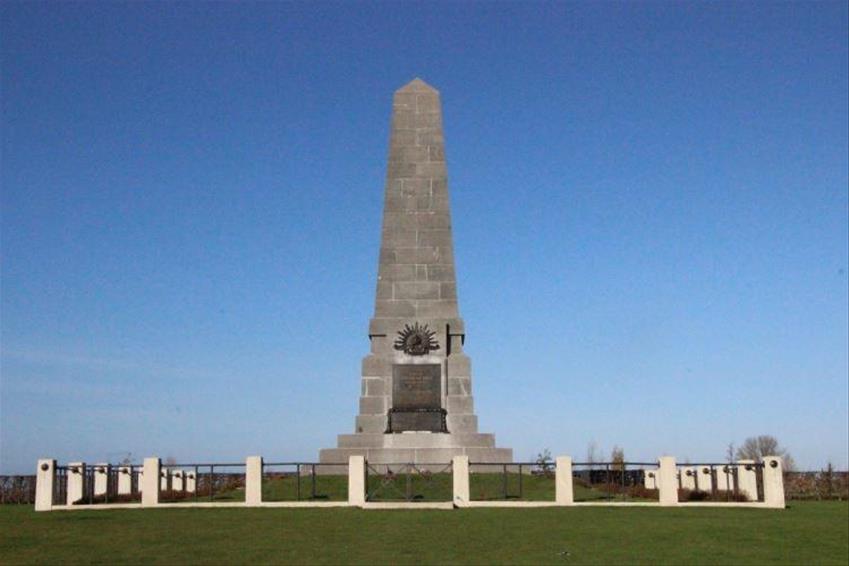 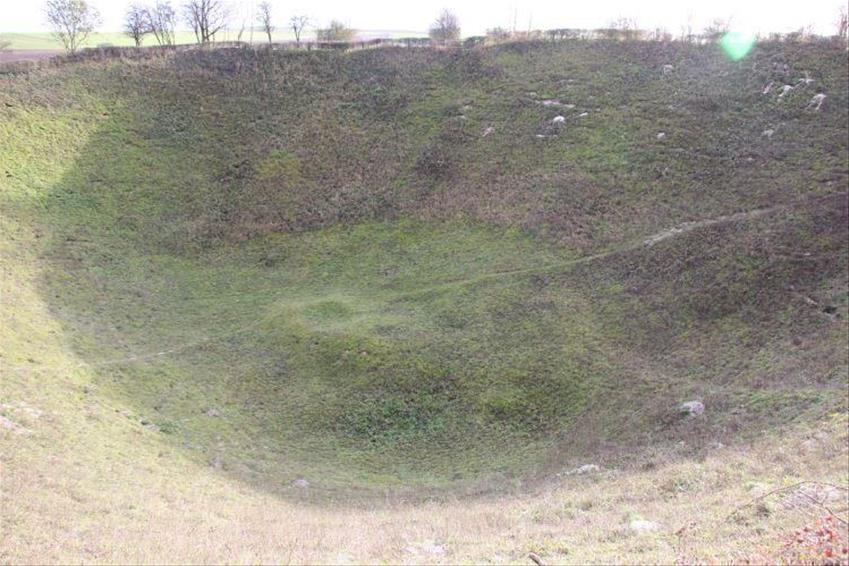 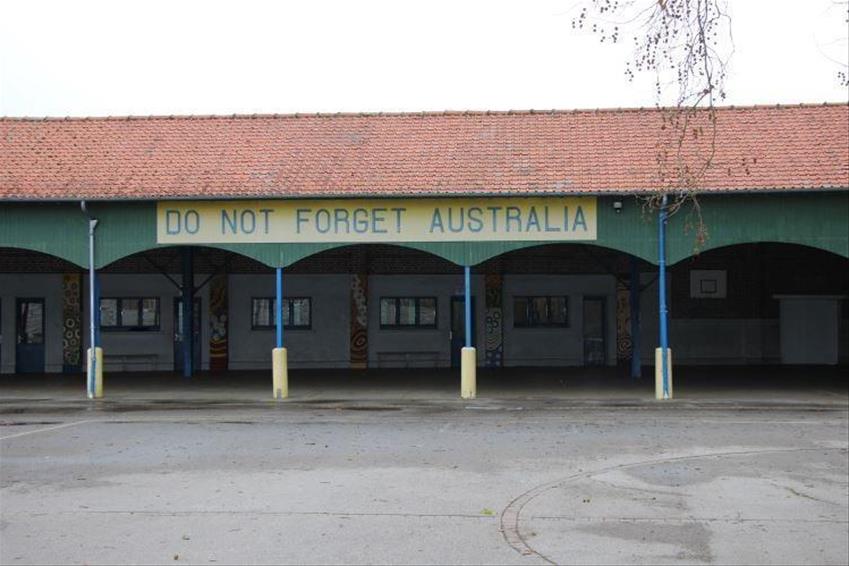 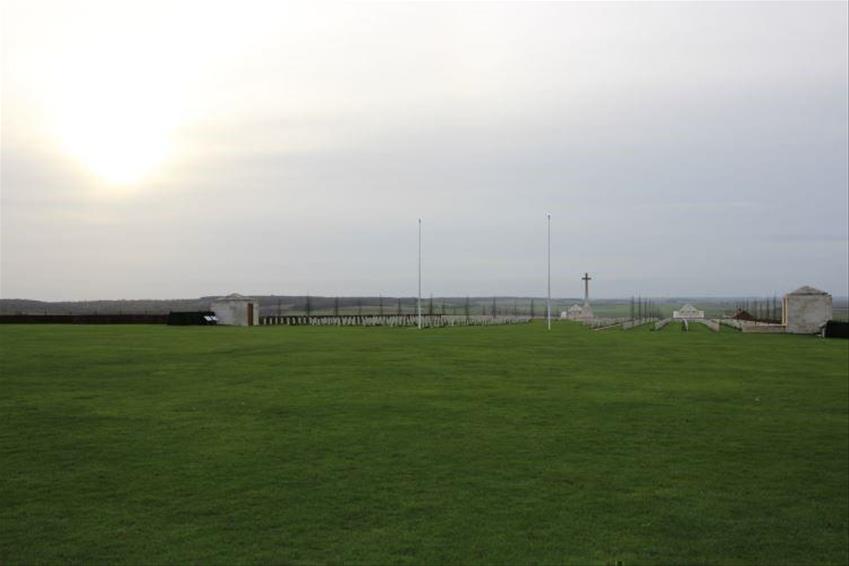 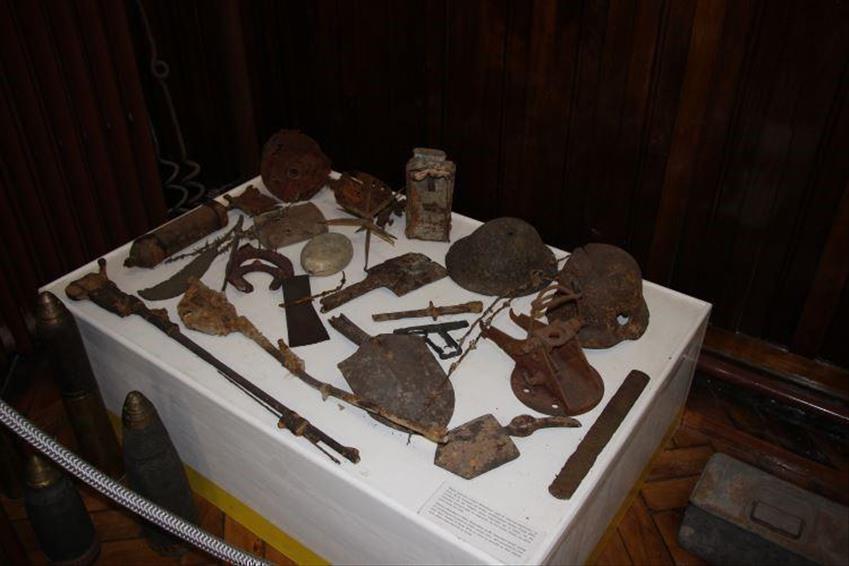 Prior to my arrival in Paris, I had decided to organise a day tour of the Somme, to see firsthand, what not only Australian, but British, New Zealand, South African and New Foundland (then, still a British colony and not as yet absorbed into Canada) troops experienced.

An early start to board my 7.05am train from Gare du Nord, I was thankful I decided to spend only a few extra euros to travel First Class. The end of November can be quite cool, and First Class had heating. A 75 minute train journey to Amiens to be collected by Jackie Bedford from The Battlefields Experience, which I had arranged through French Travel Connection. Following is the chronological order of the tour, with my comments to inspire you to visit. This time of year is their off season, so I only had one other person on my tour.

After collection from Amiens we travelled to our first stop in Gueudecourt. Along the way, Jackie proceeded to try and provide us with a history of the first 2 years of the First World War, which was not just Jackie talking, but an interactive discussion. This continued all day, as we visited various sights to cover the whole period of the Great War. Just north east of the village of Gueudecourt is the Gueudecort Newfoundland Memorial. It marks the spot where, in October 1916, the New Foundland Regiment played a decisive role in the capture of a German trench line. Although this is not an Australian area, this is the only area in the Somme where trenches have been left as they were nearly 100 years ago. From here you can see how exposed the troops were the German line, and why it was an important to visit.

Pozières was the key obstacle which had to be overcome in order to capture Mouqet Farm and then Thiepval Ridge. This encircling plan was largely assigned to Australian troops (all volunteers, as Australia did not have conscription enacted during the First World War), the majority of whom had come to France from Gallipoli.

The village, lying along a ridge, was crossed by a double network of trenches that made up the 2nd German line, and flanked by two fortified observation posts dominating the entire battlefield – on the Albert side “Gibraltar” and on the Bapaume side “The Windmill”.

The Australian captured Pozières on 23rd July, 1916. After incessant artillery counter attacks, the exhausted men were relieved by the Canadians at Mouquet Farm on September 5th. The three Australian divisions serving in the Pozieres sector had lost more than a third of their men, and the village itself was completely annihilated.

The memorial is on the site of a windmill on the northern edge of Pozières village. The windmill on this high ground was used from September 1914 as a German field artillery observation post and command post. The views were magnificent to the front and rear of this position. The site was built up as a strongpoint just to the north of the fortified village of Pozières. After almost two weeks of bitter fighting the site of the windmill was secured by Australian Forces of 1st ANZAC Corps by the end of 5th August, 1916.

The Visitors centre provides an educational exhibition about the First World War, and in particular, the Battle of the Somme and Thiepval itself. Although this is UK centric, due the large part played in Thiepval, it was still worth visiting.

Here, on July 1st 1916, the men who leapt out of their positions at 7.30am had no idea that they were going toward certain death. Several minutes before the infantry assault, several mines, meant to destroy parts of the German front line and create huge craters, were blown like this one at La Boiselle by the British and also at Hill 60, south of Ypres, Belgium, by the Australians. In order to stay alive, it was vital to keep track of the enemy's activities and to remember that they were also listening. The first listening devices were simple, an ear against the walls or the floor, stethoscopes and even listening sticks, until they concocted the geophone, a very primitive electrically-connected microphone.

The mine crater at La Boiselle is 91 metres in diameter, and 21 metres in depth. It is said the explosion caused soil to be blow up to 4,000 feet into the air, and the shockwave to have killed hundreds.

Villers-Bretonneaux School and Museum and Australian Memorial to the Missing

In the First World War, on 24 April 1918, Villers-Bretonneux was the site of the world's first battle between two tank forces: three British Mark IVs against three German A7Vs. The Germans took the town, but that night and the next day it was recaptured by two brigades of the First Australian Imperial Force at a cost of some 1200 Australian lives. The town's mayor spoke of the Australian troops on 14 July 1919 when unveiling a memorial in their honour.

The Australian War Memorial in France is located just outside Villers-Bretonneux and in front of it lie the graves of over 770 Australian soldiers, as well as those of other British Empire soldiers involved in the campaign. The school in Villers-Bretonneux was rebuilt using donations from school children of Victoria, Australia (many of whom had relatives perish in the town's liberation) and above every blackboard is the inscription "N'oublions jamais l'Australie" (Let us never forget Australia).