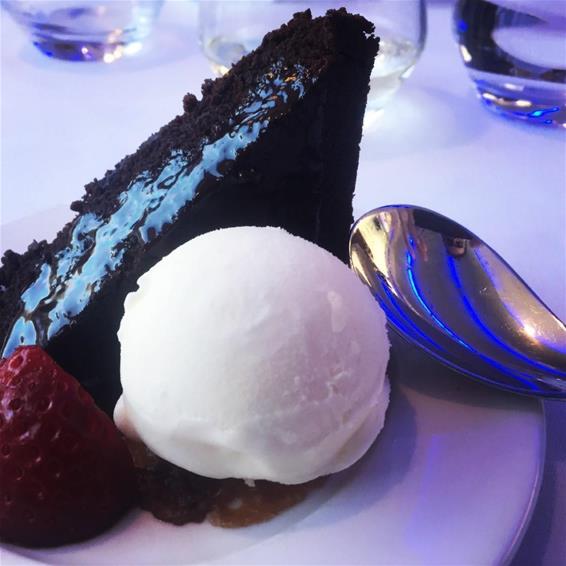 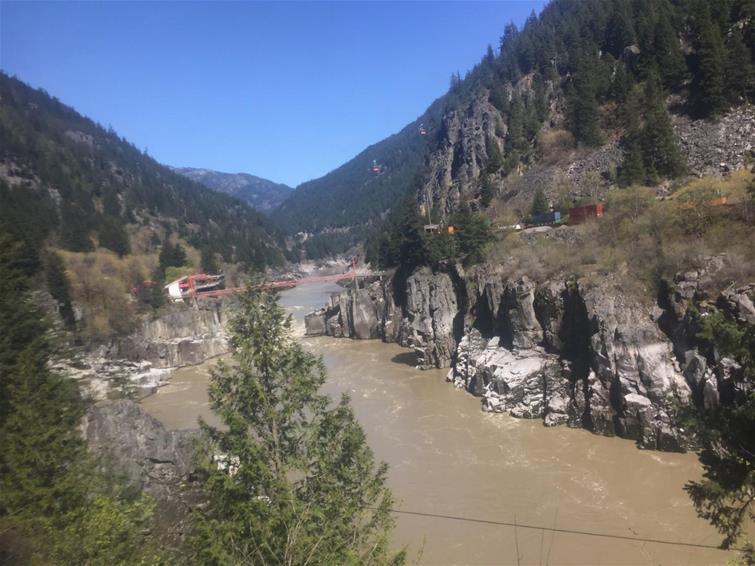 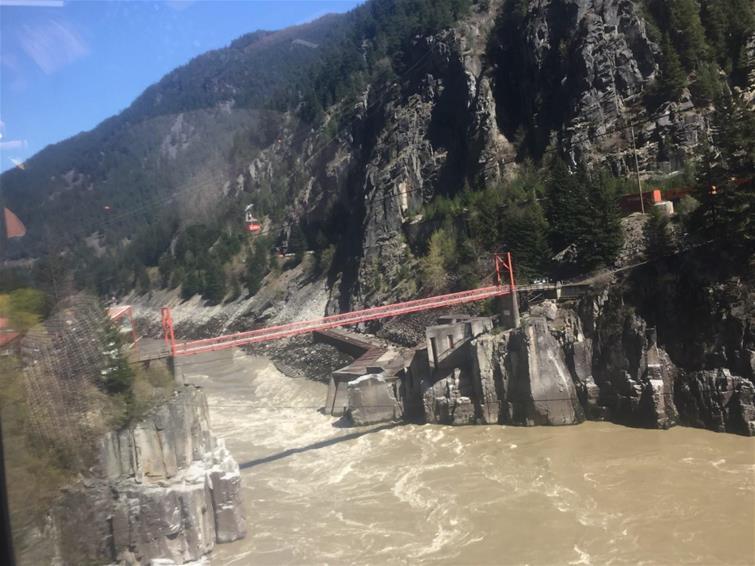 Here we go on the Rocky Mountaineer.

When I woke up this morning, I wasn’t really sure what I was expecting.

The “All Aboard” call was made right on the strike of 8am and we all headed to our assigned carriage. Today we were travelling on the Gold Leaf Service, which is the premier service on board the train. After being welcomed aboard by at least 5 different crew members, we took our seats and checked out our comfortable surrounds for the day.

The seats in Gold Leaf were very comfortable and included and electric recline and foot rest and also had a USB charger so you could charge your phones/cameras in between snapping the scenery out of the magnificent vista domes.

Today our journey took us from Vancouver at sea level all the way up to Kamloops at 1130 feet, at the foot of the Rockies. Our journey today took around 8 hours and we arrived into Kamloops just in time for dinner.

During our travels today we witnessed some spectacular scenery including the lush green fields of the Fraser Valley, with one of the highlights being Hells Gate. On we travelled through the steep slopes of the Fraser Canyon and on followed the Thompson River for as far as the eye could see. All the while, we could see the snow covered mountains surrounding us with uninterrupted views in all directions.

On Rocky Mountaineer, you will never go hungry or thirsty. While Rocky Mountaineer is all about the spectacular scenery, it is also very much about the culinary experience as well. On Gold Leave service, there is a separate dining area downstairs, where breakfast and lunch are served each day. The food highlight of day 1 was the delicious cinnamon scones at breakfast, which had been freshly baked by the on-board chefs earlier that morning. There were a number of sumptuous options that would suit even the fussiest of eaters. During the morning, refreshments and snack were also served upstairs on the main deck with a 3 course lunch to follow at around mid-day. Again there were a couple of options for each course, with the food meticulously prepared by the chefs. After lunch there was plenty to time to head outside onto the vestibule to take a heap of photos, marvel at the breathtaking scenery and take in some of that fresh Rocky Mountain air.

We continued to meander through the mountains, over the rivers and across the plains until we finally reach Kamloops in the late afternoon. After a quick 5-minute coach transfer from the station, we arrive at our hotel for the night in the main street of town, although the town is pretty quiet. We ended up choosing the Frick & Frack Taphouse for dinner and a couple of drinks, due to the proximity to our hotel. This pub seemed very popular with the locals and I can highly recommend the mac & cheese as a hearty stomach filler… and went well with the local ale.