Manitoba is where Canada’s heart beats. Here, you can make friends with the majestic polar bear, take in the vibrant culture of capital city Winnipeg, paddle alongside curious beluga whales, fly in to remote shores to experience world class fishing, or view the brilliant northern lights dance across the night sky. 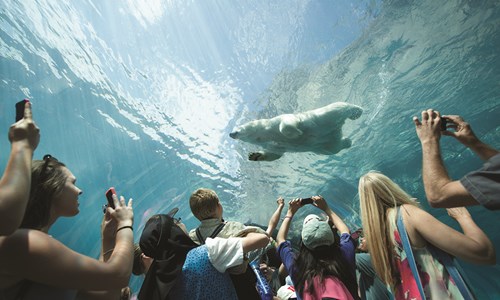 Manitoba, a prairie province located in the centre of Canada, benefits from a full range of seasons allowing a diverse collection of experiences you won’t find anywhere else. 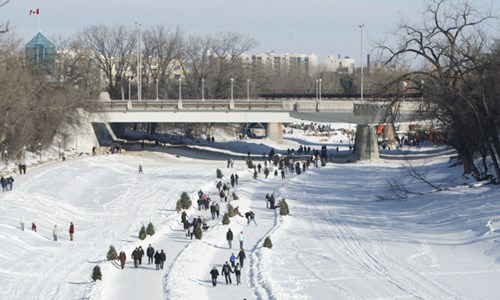 Polar Bears in the Wild

Check off the bucket list with a once in a life time experience by visiting Churchill, the polar bear capital of the world. As the Hudson Bay begins to freeze in October and November, prime polar bear viewing season begins as bears arrive by the dozens, gathering on the coast waiting for ice to begin hunting for seals. Unique tundra vehicles, designed to move easily over snow and ice, provide protection while affording you the prime vantage point to see these majestic bears. Or, you can walk amongst polar bears – an adventure fueled by adrenaline. Complete your winter northern trip dog sledding across the open tundra with a local guide and keep your eyes and camera ready to spot a caribou, moose, Arctic fox, or wolf. 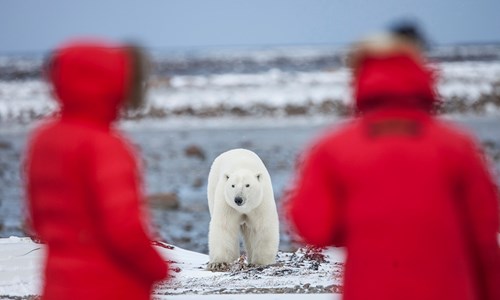 See Hudson Bay in the summer light, the tundra covered in the hues of wildflowers along the rugged coast. The warmer waters of the Churchill River Estuary welcome another magnificent creature, the beluga whale. In July and August, as many as 3,000 beluga whales are found in the area. You can visit the whales by boat, kayak or even snorkeling. Curious by nature, the playful whales circle your kayak and swim alongside – a welcoming party like you’ve never seen. Visit the coast line for your chance to see polar bears in the summer sun playing in vibrant fireweed, cooling in the Bay’s waters, or lazing in the boulders. By boat, buggy, or carefully on foot, seeing the white icons against the watercolours of summer is a sight you will never forget. 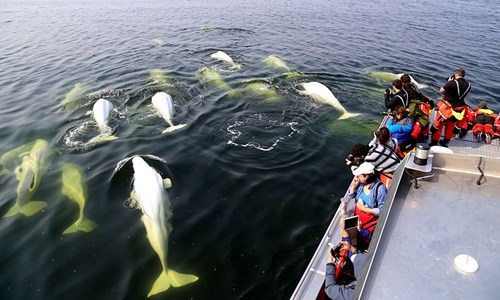 Manitoba is known for its spectacle of northern lights that draws travellers from around the world. Experience the breathtaking sight of this natural phenomenon and be left spellbound as nature puts on its very own show. While peak viewing times for the Aurora Borealis are between January and March, the lights are visible for up to 300 nights of the year. Whether you choose to view the lights from the warmth of a Tundra Buggy, a cozy viewing lounge, or a heated dome, you’ll be treated to the show of a lifetime. 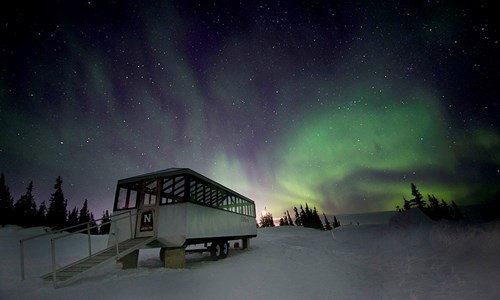 Manitoba is home to some of the best sport fishing in North America. From massive northern pike, huge walleye, furious lake trout to giant channel catfish – these trophy fish are photographed for bragging rights and then released back into the wild. Fly out to the middle of nowhere and you’ll discover some of the finest wilderness fishing experiences imaginable. Arrive by chartered aircraft to an all-inclusive lodge, complete with first class accommodations and amenities. Or take an iconic float plane ride to a secluded outpost camp, offering all the comforts and essentials for a private fishing adventure. 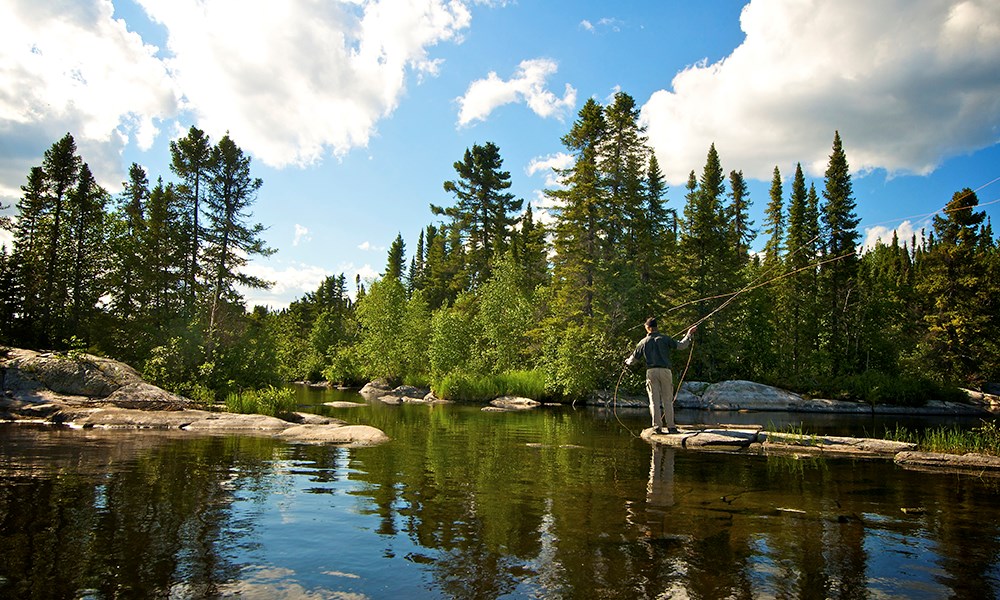 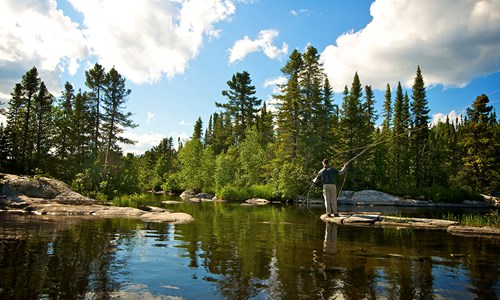 Manitoba’s capital city, Winnipeg (population 700,000) is an oasis of culinary delights, thriving art scene, scenic green space, and fascinating culture. For thousands of years, people have been gathering where the Red and Assiniboine Rivers meet, now home to the Forks, a riverside attraction featuring local markets, trendy dining, and a huge assortment of events. In heart of the city is the new Canadian Museum for Human Rights, an architectural marvel that takes you on a journey from darkness to light, told through the stories of inspiring people. Winnipeg boasts an impressive culinary scene, from pop up restaurants on the frozen river to local French offerings, along with an array of local breweries offering tours and on tap options. 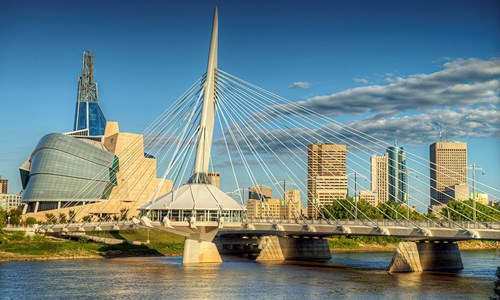