The city-state of Singapore is a true marvel of the modern world: a highly urbanised, cosmopolitan economic powerhouse where skyscrapers and high-tech infrastructure blends seamlessly with an interesting cultural mix of Chinese, Malay and Indian influences. Known as the Garden City due its extraordinary amount of parks and urban greenery, Singapore is one of the most popular tourist destinations in Asia, welcoming well over 10 million international visitors each year.

Singapore is also one of the most popular destinations in the world for expatriate workers, and although many foreign visitors to Singapore are there for long-term stints, it remains a beguiling holiday destination as well. This is especially the case for families travelling with children in tow: a survey of Singapore's most-visited tourist attractions, including the Singapore Zoo, Universal Studios Singapore and the Singapore Discovery Centre, reveals its status as a premier family vacation destination.

For the culturally-minded, Singapore is home to an impressive range of museums (such as the Asian Civilisation Museum), while the areas of Chinatown, Little India, and the Arab Quarter pay homage to the city's roots, and play host to some of the city's best cultural sights, events and cuisine.

Outdoor enthusiasts will delight in the amount of open space Singapore has on offer, including the urban rainforest of the Bukit Timah Nature Reserve; while from the second they step foot on Orchard Road, shopaholics will feel as though they've died and gone to heaven. As if all this wasn't impressive enough, Singapore also lays claim to a vibrant (and pretty wild) nightlife, and the resort hub of Sentosa Island. 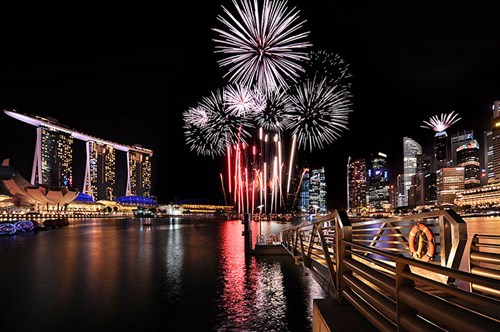 Singapore has a tropical climate, characterised by hot and humid weather all year round. Although rainfall is common throughout the year, the wettest months are between November and January. The best time to visit Singapore is during its festive seasons, the best of which is Chinese New Year (occurring at the end of January or beginning of February each year).

What to see in Singapore 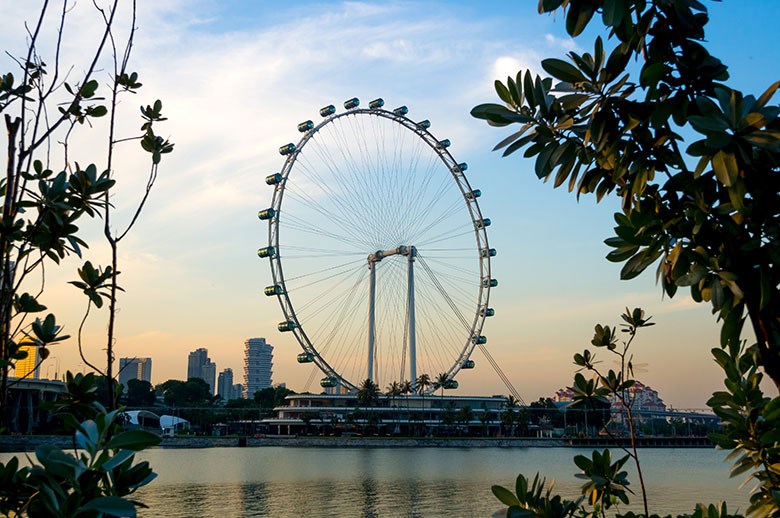 -Book a seat on the Singapore Flyer, the world's biggest Ferris Wheel, for outstanding views of the city centre.

-Visit the Gardens by the Bay, a space-age botanical gardens featuring Supertrees (mechanical tree-like structures that contribute to the upkeep of the gardens themselves), and a fine selection of exotic ferns and orchids. 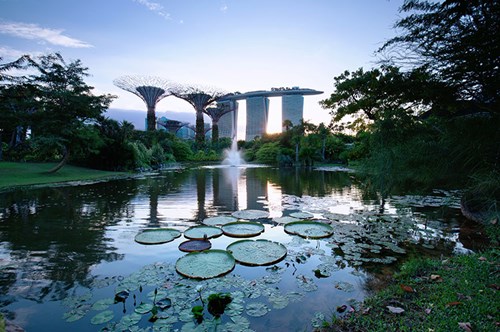 -Visit Jurong Birdpark, which boasts one of the world's most extensive bird collections, and is the largest of its kind in Southeast Asia. Read more about Singapore Attractions.

What to do in Singapore
-Go shopping on Orchard Road, the retail and entertainment hub of the bustling city-state.

-Experience the famous Night Safari at Singapore Zoo, where a huge variety of nocturnal animals (from tigers to tarsiers) can be glimpsed. 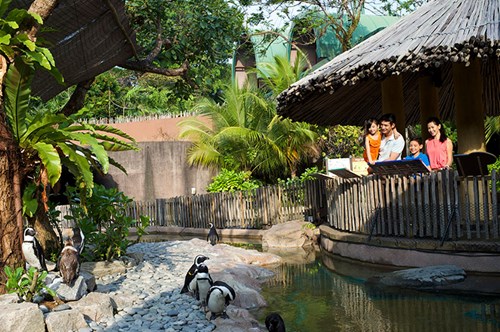 -Go for a picnic in the Bukit Timah Nature Reserve, one of two urban rainforests worldwide.

-Take a trip to Sentosa Island, and marvel at the luxurious resorts and theme parks dotted around the small tropical paradise.

Singapore For Families: Top Places To Take Your Kids