6 amazing wildlife encounters to experience in the Amazon Seeing exotic wildlife is one of the true joys that comes with an overseas holiday. South America is one of those places with a wealth of interesting creatures and the biodiverse Amazon area is just the place to see some of the world’s most beautiful and rarest creatures.

Most of the Amazon Rainforest lies in Brazil, however Peru, Ecuador, Bolivia and a few other neighbouring countries can also lay claim to parts of the Amazon. The most biodiverse tract of tropical rainforest in the world holds an extraordinary number of plant and animal species.

Choose to enjoy a luxurious cruise down the Peruvian Amazon, stay in a jungle eco-lodge in Brazil, or join an adventurous group tour throughout the region. Whichever way you decide to tackle the Amazon, here are 6 unforgettable wildlife encounters to seek out while you’re there: 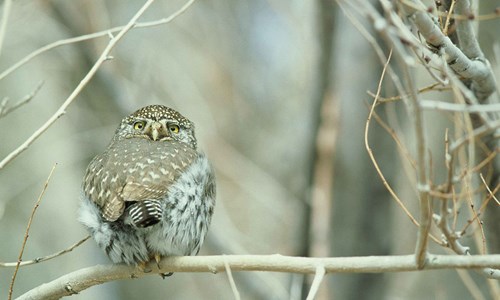 Bird lovers will be in their element while travelling in the Amazon. While there are plenty of colourful birds to spot in the rainforest during the day (such as toucans and kingfishers), a guided night walk through the rainforest reveals nocturnal creatures including the mysterious Amazonian Pygmy Owl. Found in the northern part of Brazil, this pretty little owl has a distinct call so listen well to track it down. 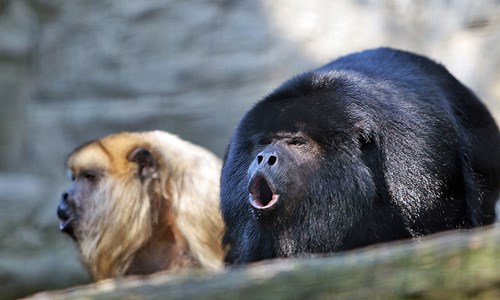 Watch (and listen to) howler monkeys from a canoe

Experiencing the rainforest on a canoe ride down the Amazon River is an excellent way to encounter wildlife as many animals can be seen and heard while gliding slowly and quietly through the water. Spotting a family group of lively howler monkeys is a real treat – if spotted during dawn or dusk they’ll typically make a lot of noise so they’re hard to miss! 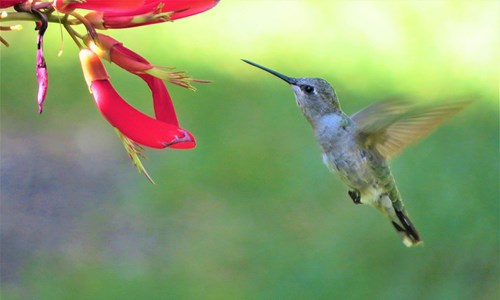 Beating their wings around 70 times per second, diminutive hummingbirds create a buzzing sound as they flit from tree to tree. Whether going on a dedicated birdwatching hike deep into the rainforest or relaxing on the balcony of a boutique treehouse hotel, these unbelievably small birds are typically easily spotted in many parts of the Amazon region. 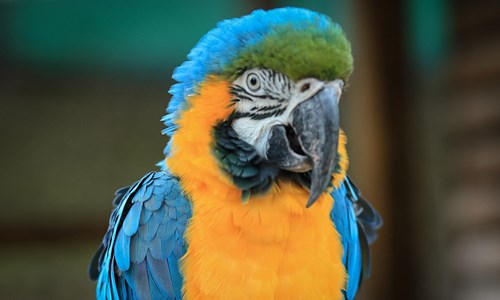 Look for macaws while zip lining through the canopy

It’s possible to zip line through many parts of the Amazon Rainforest. Whizzing through the canopy offers a unique perspective of the rainforest from above. Much of the action happens up in the canopy, so spotting flocks of colourful native parrots like macaws is possible while embarking on a zip line adventure. 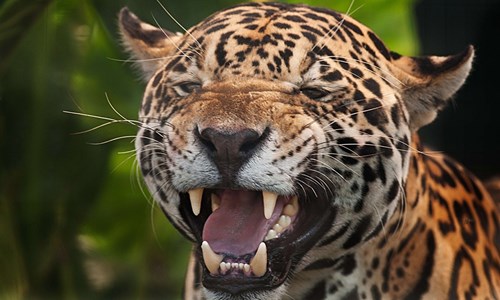 Marvel at the sight of a jaguar slinking through the rainforest

The ultimate wildlife spotting goal for any visitor to South America, the chances of seeing a jaguar are pretty slim. Despite this, it’s not impossible to see a jaguar in the wild. Found in the Amazon basin, jaguars are solitary, majestic beasts with superior hunting skills. Good swimmers, jaguars can sometimes be spotted near the banks of rivers looking for their next feed. Keep your eyes peeled when in visiting the Amazon – you might just have a wildlife spotting moment of a lifetime! 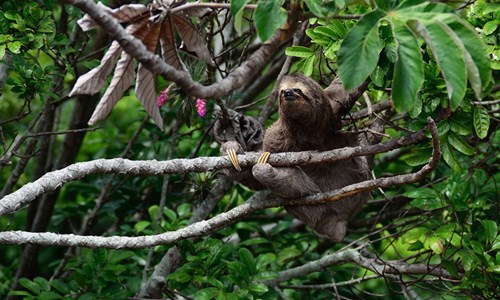 Spy sloths sleeping the day away

Undoubtedly one of the most endearing creatures to ever exist, sloths can be found in the Peruvian and Brazilian sections of the Amazon. These slow-moving creatures famous for sleeping up to 18 hours a day can be found clinging to tree branches if you look carefully. Considered to be one of the laziest creatures in the animal kingdom, sloths are one of the easier animals to spot since they aren’t capable of making a hasty exit. Local guides can usually tip off visitors as to which trees contain sloths – some sloths have been known to spend their entire lives in just one tree!

Experience the natural wonders of the Amazon when you visit South America. Speak to your Travel Counsellor today!