While not always the first destination to come to mind for a holiday, South Korea is a fantastic choice for a visit to North East Asia. There is plenty for everyone, from high street shopping, to immersing yourself in the rich culture and traditions of a country that is often overshadowed by its northern counterpart. Much of the country has retained its past, with traditional architecture and customs, and friendly locals that are more than willing to share their beautiful country with you.

Seoul is the capital city of South Korea, a metropolis that is home to a mixture of traditional and modern. It is known for being fashion forward and technologically advanced, while ancient temples and palaces are still preserved. You can wander through beautiful and vibrant parks, filled with blooming cherry blossoms in Spring, and colourful foliage in Autumn. 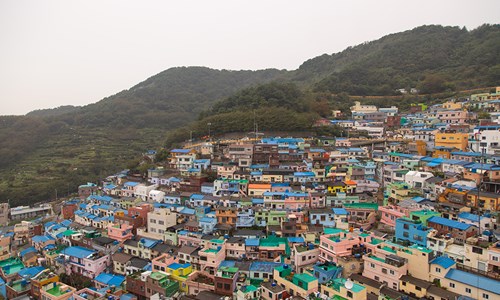 Busan is South Korea’s second largest city, located on the south east coastline. The port city has a unique landscape of beautiful beaches, steaming hot springs, and vibrant tree covered mountains. A bustling metropolis, it is most popularly known for its famous fish market. Busan is also the perfect place to learn about the local history and cultural customs. 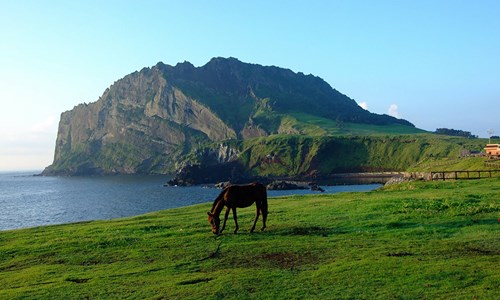 Jeju is South Korea’s largest island, and the country’s most popular domestic holiday destination. It is a nature lover’s paradise, with beautiful beaches perfect for relaxing or snorkelling, fantastic hiking trails on Mount Halla-san (the highest mountain in the country), and flourishing countryside to meander through. You can also eat some of the freshest seafood here, caught by female free divers. 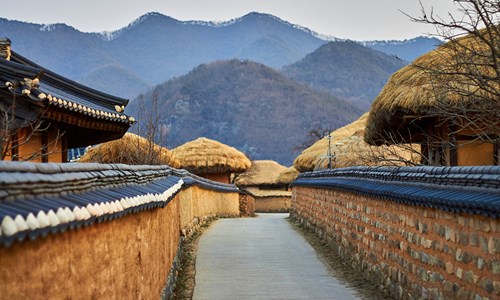 Known as the museum without walls as so many significant and fascinating historical sites are here. It was once the capital of the Silla Dynasty. The UNESCO World Heritage Listed Bulguksa Temple still stands as a testament to the Dynasty. The Temple is home to seven of South Korea’s National Treasures, including stone pagodas and bronze Buddha statues.

The Demilitarised Zone is the 4km wide buffer zone that separates North and South Korea. The only way to see this area is with a reputable tour company as a military escort is required. It is the only place in the world you can get a glimpse in to North Korea (through binoculars!).

The home of the 2018 Winter Olympics. Take a monorail tour to explore the famous area.

Visit the UNESCO World Heritage Listed Hanoe Folk Village. The Village is popular due to the traditional houses from the Joseon Period, as well its rich history. Descendants of the Ryu Clan of Pungsan reside here, the family included popular scholars and politicians, whose work is still studied today.

Once the site of battles during the Korea War, Wonju is now popular for its beautiful natural landscapes. The Chiaksan Mountain and National Park are popular for hiking, and visitors can admire the beautiful spring flowers and vibrant autumn leaves.

See rocky outcrops rise through the fog amongst vibrant lush forest. Walk along crystal-clear streams, admiring bright autumn foliage, delicate spring flowers (including Cherry Blossoms!), or a snowy mountain landscape in Winter. The Mountain is also home to rare flora and fauna, including the Asian Black Bear. Weather permitting, you may be able to ride a cable car to the remains of Gwonggeumseong Fortress, taking in the beauty of the mountain.