How to celebrate Oktoberfest in Germany 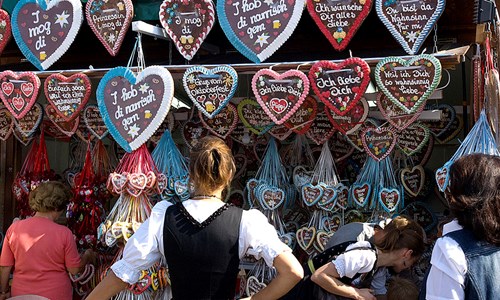 Characterised by colourful parades, lively musical performances, traditional costumes, delicious food and plenty of beer, Munich’s Oktoberfest is on many travel wish lists. Typically running from mid-September to early October, this 16-18 day folk festival held in Munich each year is one of the world’s largest beer celebrations.

Drawing in millions of visitors from near and far each year, Oktoberfest is a huge event well worth planning ahead for. While you may have attended Oktoberfest celebrations in Australia, the original Oktoberfest is a totally different experience altogether. Here’s a six-step guide to making the most of the festival. 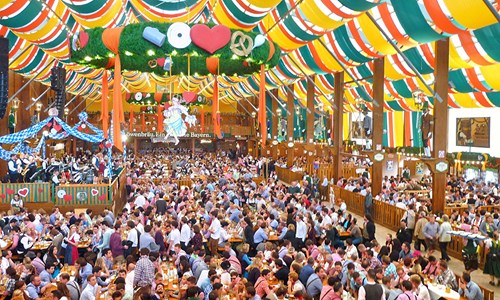 Nab a spot in a tent

Held in an open space called The Theresienwiese, Oktoberfest consists of a series of tents set up as drinking halls. With a huge range of large and small tents to choose from, it pays to visit a few to soak up the different vibes each tent has. Reservations can be made in advance for large groups, however if you’re travelling alone or with a few friends, you’ll need to find a spot to sit inside on the day. With a little luck you may be able to share a table with some locals who may provide some insider knowledge or brewery tips! Weekdays tend to be quieter than weekends, and the earlier in the day the quieter the tents tend to be. Some tents are small, cosy, family-owned affairs while others are large, party tents filled with thousands of people. Some tents specialise in wine, while others specialise in regional dishes like roasted ox or pork knuckle. 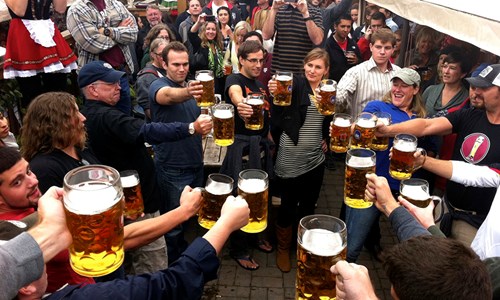 Get snapped with a stein

With drinking locally-produced beers being the focus of the festival, an obligatory selfie with a huge stein of beer is a must-do for festival goers. From sipping a refreshing wheat beer to trying a locally-produced pilsner, there are so many beers to choose from it’s wise to go slow and pace yourself to make it through the day. 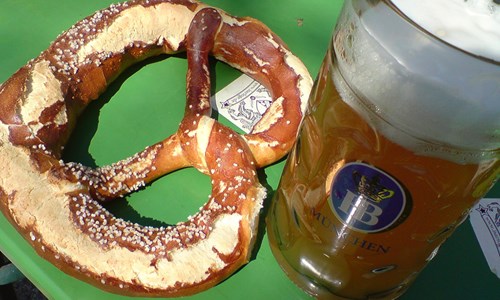 Load up on local delicacies

While beer lovers will certainly get their fill at this festival, food lovers will be pleased to know that it’s not all about the beer. Food plays a starring role in Oktoberfest celebrations, with many German delicacies being served in the Oktoberfest tents. Traditional foods like roast pork, pretzels, sausages and potato pancakes are popular and plentiful throughout the festival, allowing drinkers to satisfy their cravings with a hit of salt and carbs. Don’t leave without tasting a traditional sausage (or wurst) with some sauerkraut.

Listen to the music

Bavarian-style oompah bands are a classic element of Oktoberfest, playing beer-drinking music late into the night. Different tents have different bands playing, with most music occurring in the late afternoon and evening. Some tents even have more modern rock acts playing, however the traditional brass bands are the firm favourite with locals and international visitors alike. 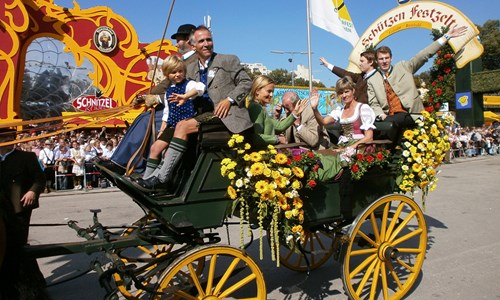 There are many parades that take place during the festival. With brewers having their own horse-drawn carriage floats decorated in distinct colours and styles, seeing the horse teams in action is advisable (and is a particularly fun activity if travelling with children). One of the bigger parades occurs on the first Sunday of the festival, when more than 8000 people march through the festival grounds dressed in traditional garb. Marching bands, horses and decorated floats are a part of the mix too. 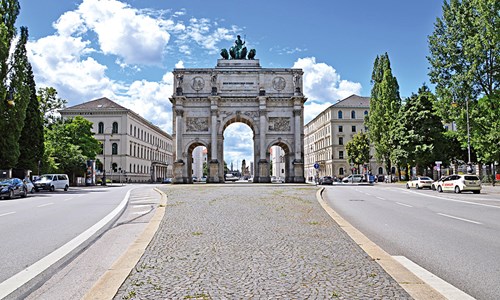 Experience the rest of Munich

While in Munich, be sure to make time to see the rest of the city and not just the confines of Oktoberfest. From admiring the architecture of St Peter’s Church to visiting the BMW Museum and viewing modern art at Neue Pinakothek, Munich is a fascinating blend of history and modernity. Whether staying in a five-star hotel or a small, family-owned guesthouse, Munich is a destination with much to offer every type of traveller both during Oktoberfest and beyond.

Ready to wander from stall to stall, past roasting chestnuts, mugs of mulled wine, and cheer?

Whether you’re hoping to visit the Christmas markets on a trip already planned this year or a dreaming of a white Christmas in the future get in touch with your Travel Counsellor to plan your festive break.