Oregon at a Glance 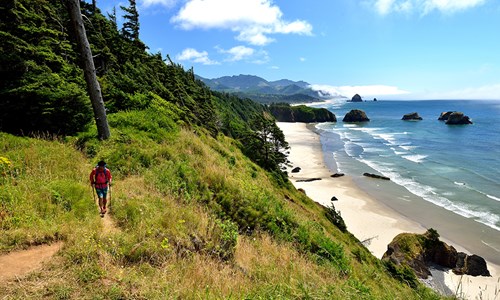 Whether you’re planning an epic road trip or seeking a hideaway to escape it all, Oregon has it all for the curious traveler.  Stretching across 400 miles across and over 360 miles long, Oregon is situated on the USA’s West Coast isn’t an obvious choice for Australian holidaymakers (though it should be!) With it’s high desert country to the east, balmy coast to the west, and mountains, rivers and forests in between it is an adventurer’s paradise. There’s a lot of ground to cover, so here is Oregon at a glance… 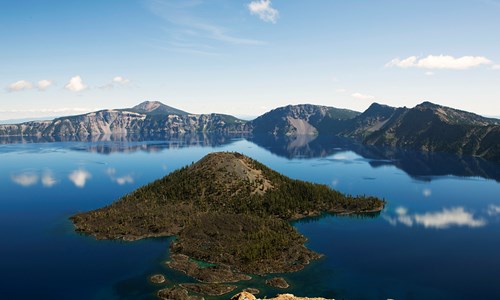 Oregon’s geography isn’t just diverse; its beautiful landscapes stop you in your tracks. The drama of the Columbia River Gorge is a pick-your-pleasure hiker’s paradise, while the rolling hills, oak savannahs and prairie remnants of the Willamette Valley offer a more subtly enticing vista. The Cascade Range and the Deschutes National Forest are woods made for exploration. The craggy mountains and snowcapped peaks of Central Oregon invite you to all manner of outside play. Crater Lake National Park’s gemtoned waters are a timeless, must-see national treasure. The rugged beauty of Eastern Oregon inspires painters, photographers and poets across generations. The Wallowas provide an alpine retreat from city life. The Oregon Coast, often called “The People’s Coast,” offers 363 miles of beaches that are 100 percent open to the public thanks to the 1967 Oregon Beach Bill.

People who live in Oregon tend to dream big. Sites throughout the state pay homage to its major periods of development. Access the region’s Native American past at the Columbia River Gorge Discovery Center & Museum, or experience the mass migration of over 200,000 settlers at the End of the Oregon Trail Interpretive Center. Learn the state’s history as a destination for utopian communities in Aurora, or discover its Lewis and Clark and early immigrant history in Astoria. Get a sense of the rigors of pioneer life at the Willamette Heritage Center or experience a true gold rush town in Jacksonville. 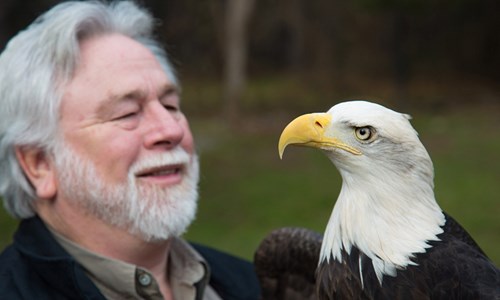 Oregonians love and protect wildlife — and wherever you travel in this diverse state, you’re bound to meet a few furry, feathered and blubbery friends. Here are several animal neighbors you might encounter at a nature preserve, sheltered zoo or in the great outdoors.

Oregon boasts an exquisite farm-to-table dining culture served by a robust, authentic and innovative food-artisan scene. Chefs here — including many James Beard Award winners — move to the region for its easy access to farm-fresh produce, salmon, Dungeness crab, heritage pork and beef, berries, winter greens, pears, apples and a host of other products that invite culinary experimentation. Add to that the fact that the largest city, Portland, is frequently listed among the best food cities in America, and you have a dream destination for gourmands. 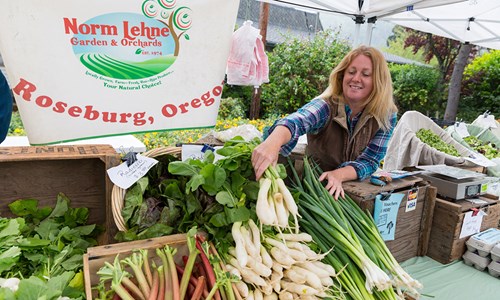 High summer temperatures dropping to chilly nights produce the perfect setup for great produce. In the Hood River Valley, generations of farmers have grown apples and pears, while hazelnuts are one of the state’s largest exports. More than 80 varieties of berries are grown in Oregon, among them raspberries, huckleberries, blueberries, blackberries, cranberries and the homegrown marionberry. In soggier months, forests teem with mushrooms: chanterelles, porcini, morels, and the Oregon white and black truffle. On the Coast, track down a direct source for salmon, Dungeness crab, clams, oysters, albacore tuna or any other fruits of the sea. Or try the local steelhead, a type of trout with pink flesh like salmon. Yearround, farmers markets in towns and cities throughout the state are the place to go to see what’s in season. 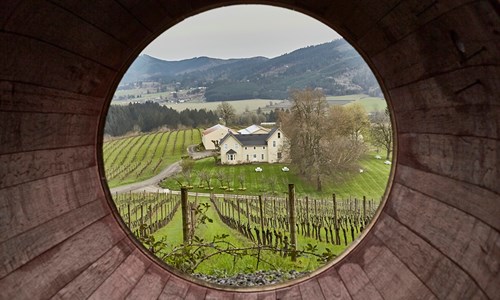 For over half a century, Oregon’s small but close-knit wine industry has been producing globally recognized pinot noir, pinot gris, chardonnay and other varietals at wineries dotted throughout the Willamette Valley, the Columbia River Gorge and Southern Oregon. The largely family-run effort inspired Wine Enthusiast to name the Willamette Valley its “Wine Region of the Year” in 2016. More than 500 wineries offer experiences from intimate, hole-in-the-wall tasting rooms to show-stopping modern architectural marvels. Head to the Willamette Valley for pinot, to Southern Oregon for hotterclimate red varietals and to the Gorge for nearly every varietal, from A to Z.

If you need some expert help planning your trip to the USA and would love to discover for yourself the amazing things Oregon has to offer, call your Travel Counsellor.