Bordering nine countries (more than any other European country), Germany’s location at the heart of Europe has shaped its history both for good and bad. The country’s central and southern regions have forested hills and mountains cut through by the Danube, Main, and Rhine river valleys, while in the north, the landscape flattens out to a wide plain that stretches to the North Sea. Between these extremes, this is a country of incredible variety. The Black Forest, Germany’s largest wooded area, and its most famous, is a mountainous region full of pines and fir trees. It is here that you will find the source of the Danube, one of Europe’s longest rivers. 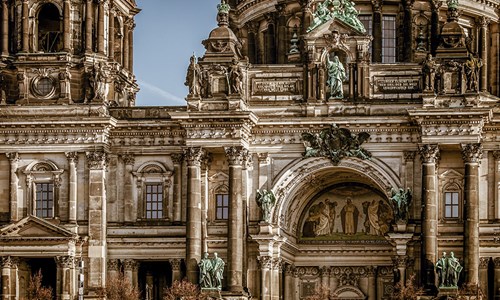 Best time to visit Germany
There really is no bad time to visit Germany. However, there are several factors that could influence when you choose to visit. While it may be chilly in the winter, it is also best for winter sports. Come the end of April, it`s usually getting warmer with a wonderful spring time followed by a usually very warm summer time until mid of September. It is autumn toward the end of October.

Recommended length of stay: 15-18 days is a good amount of time to visit the highlights of Germany, however a longer stay will ensure slow down the pace of travel and ensure you can make the most of each place you visit.

Castle Neuschwanstein
The world-famous castle of King Ludwig II is a must to see while visiting Germany. Located to the southwest of Munich near the city of Füssen, the castle opened its doors for the public just 7 weeks after the death of the king in 1886. This fairytale castle can experienced on a guided tour. 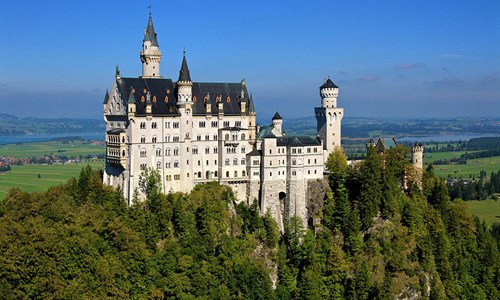 Berlin, the capital of Germany
Berlin, as the capital of Germany with over 3.5 million inhabitants, is located in the heart of Europe with excellent national and international transport links. The city has gone through changes unlike any other capital city and is still in an exciting process of change, it offers a rich cultural landscape with major collections and art treasures and over 180 museums. 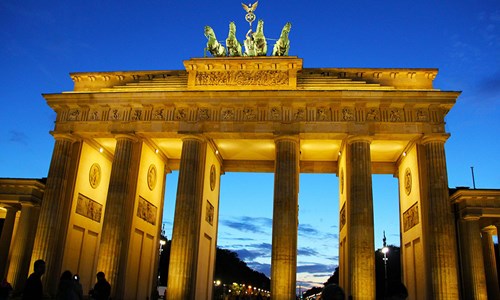 Oktoberfest in Munich
The Oktoberfest is an important part of Bavarian culture, having been held since the year 1810. The world’s largest “Volksfest” (beer festival and travelling funfair) is held annually in Munich. It is a 16 to 18-day folk festival running from mid or late September to the first weekend in October, with more than six million people from around the world attending the event every year. Locally, it is often called the “Wiesn”, after the colloquial name for the fairgrounds, Theresa’s meadows (Theresienwiese). Where would you like to visit on your next adventure? Contact your local Travel Counsellor for a tailor-made holiday, or read our Authentic Encounters brochure for more inspiration.