2019 is the year when some of Disney’s most-loved animated films literally come to life. March saw Tim Burton’s live-action version of Dumbo grasp its lucky feather and fly into cinemas with real-life remakes of Aladdin and The Lion King set to follow.

This multibillion-dollar live-action project may be a recent trend, but Disney’s enchanted worlds have always been more than just drawings on a screen, as many of the locations from these timeless movies are based on actual locations that you can visit in real life.

That’s right, the silver screen isn’t your only window into these magical worlds, and we’ve dug out our old VHS cassettes to pick out the real-life Disney destinations that you can visit.

Beauty and the Beast: Alsace, France 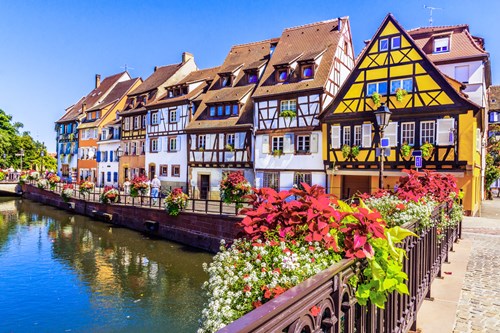 This animated musical romantic fantasy flick from 1991 has already received the live-action treatment, with Emma Watson reprising the role of Belle alongside Downton Abbey’s Dan Stevens as the fearsome yet fragile Beast in 2017.

Belle - the opening song in both versions of the movie – shows off an idyllic yet unnamed French village with charming fountains and wooden-frame buildings. The remake was filmed on a closed set at Surrey’s Shepperton Studios, but it was based on Colmar, which sits in the French region of Alsace and undoubtedly bore a big influence on the film’s fictional setting.

Barely 20 kilometres from the German border, the town of Colmar packs undeniable charm with its half-timbered houses, canals and the flower-decked town centre – it’s a must-visit for anyone keen to discover the gentle Alsatian lifestyle. 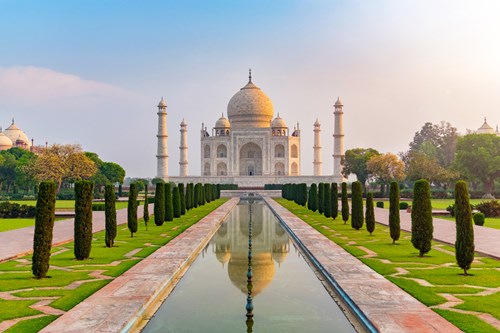 Disney’s original Aladdin from 1992 was set in the fictional city of Agrabah, supposedly close to the River Jordan, but the royal palace from which Princess Jasmine flees bears an uncanny resemblance to a certain mausoleum in India.

Place a shot of the Sultan’s Palace alongside that of the Taj Mahal, which stands as one of the New7Wonders of the World on the south bank of the Yamuna river in the Indian city of Agra, and the likeness is hard to deny.

Frozen was the highest-grossing animated film of all time, so with a sequel hitting cinemas before the end of 2019, get ready for Frozen fever to sweep the world once again.

The kingdom of Arendelle - the film’s starting location and not to be confused with the Norwegian town of Arendal - may be fictional, but Hôtel De Glace in Quebec City was a clear inspiration for Elsa's glass palace.

Considering the hotel is constructed using actual ice bricks, it is only open for three months a year, from January to April. It’s one of few places in the world where you can sleep in a double bed made of ice (don’t worry, guests are given a cosy sleeping bag, isolating bed sheet and pillow to keep things comfy) and only the bathrooms are heated.

Frozen fans may also want to pay a visit to St Olaf's Church in Balestrand, Norway, which is practically identical to the church in which Princess Elsa is crowned as queen. We’re guessing Disney liked the church’s name enough to pinch it for their lovable living snowman, too. 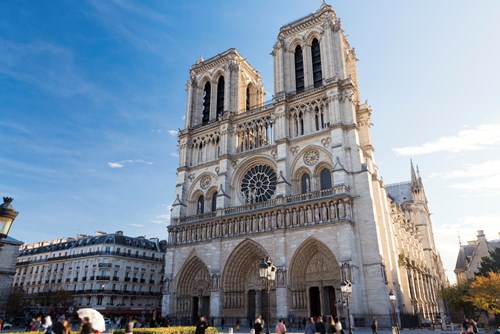 This one doesn’t need much explanation. Barely a scene goes by without a shot of the famous Notre-Dame Cathedral. It is the most visited monument in France and a trip to Paris isn’t complete without dropping by this masterpiece of Gothic architecture. Before April's devastating fire, visitors could follow in the footsteps of Quasimodo by climbing the 422 steps for a breathtaking view over the cathedral and the heart of the city. With more than 1 billion Euros pledged in repair costs, it won't be long before the cathedral is returned to its full glory.

Snow White and the Seven Dwarfs: Alcázar of Segovia, Spain 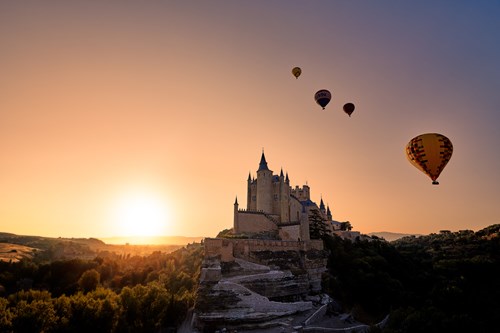 The setting for Disney’s classic retelling of this Brothers Grimm fairy tale isn’t mentioned by name, but many believe that the inspiration for the Evil Queen's castle came from the Alcázar of Segovia. This Spanish castle – 100 kilometres north-west of Madrid – strikes the same balance of quaint beauty and mystery, surrounded by snowy forests.

Its Spanish name translates literally to ‘Segovia Fortress’ and stands as one of the most distinctive castle-palaces in Spain due to its ship bow-like shape. Over the centuries, it has been a royal palace, a state prison, a Royal Artillery College and a military academy. However today, this UNESCO World Heritage Site serves as a museum and military archives building.

Inside Out: San Francisco, USA 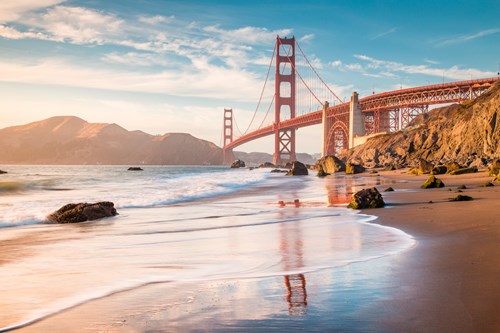 Much of this 2015 computer animation takes place within the mind of an 11-year-old girl, but some of the film’s key plot points centre around her family’s relocation from Minnesota to San Francisco. Indeed, the film’s title appears overlaying a magnificent backdrop of the Golden Gate Bridge, quickly followed by a shot of the San Francisco Ferry Building and the snaking Lombard Street, whose eight sharp turns have earned it the title of the most crooked street in the world.

Other recognisable locations in the film include James Lick Middle School – where Riley tears up in front of her class on her first day – and the steep Hyde Street. The hipster pizza joint that only serves broccoli pizza is a parody of Arizmendi Bakery in Emeryville, which also only offers one flavour of pizza daily. There’s even a stair railing in the Russian Hill neighbourhood that could be the very same that Riley briefly considers sliding down.

Read more: Find out why San Francisco is one of our favourite USA city breaks

This 1998 animation takes place in China during the Han dynasty, where Fa Mulan impersonates a man to take her father's place during a general conscription to counter a Hun invasion. So, it’ll be no surprise that the Emperor's home in Mulan was inspired by The Forbidden City.

Surrounded by 3.5 kilometres of scarlet citadel walls at the heart of Beijing, it is China’s largest and best-preserved collection of ancient buildings, as well as the largest palace complex in the world with more than 90 palace quarters and courtyards, 980 buildings and over 8,728 rooms.

Home to 24 Chinese emperors, the Forbidden City is China's most popular single-site tourist attraction, with the palace museum attracting 14 million visitors annually - more than any single section of the Great Wall.

A real-world remake of Mulan is slated for release in March 2020, 22 years after the original animation, so perhaps now is the time to see this glorious palace. 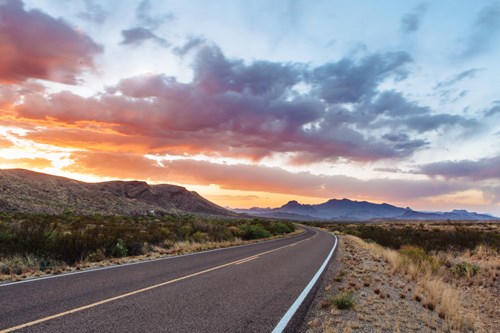 It’s no secret that many of the locations in the first Cars film are based on real-world places. Radiator Springs - the film's primary setting - was inspired by Amboy, California – a town that, like Radiator Springs, suffered a decline in popularity following the opening of an Interstate highway.

Elsewhere, the rock formations in the distance of the town heavily resemble Cadillac Ranch in Amarillo, Texas. Then there’s the U-Drop Inn, also in Texas, which bears uncanny similarities in its design to Ramone's House of Body Art in the movie, most notably its soaring name tower.

Fancy experiencing some real-life Disney magic for yourself? Contact your Travel Counsellor today and enjoy exclusive access to benefits such as full financial protection and a 24-hour duty office ready to assist you before, during and after your stay.