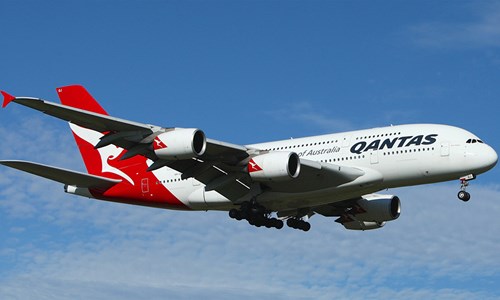 There is something about flying with Qantas that feels like home. From the comfortable in-flight experience and delicious local fare, to the consistent and caring service delivered that personifies the Australian spirit, you’ll never feel too far from home no matter where you are in the world.

Speaking at the Travel Counsellors Australia 10th year anniversary in June, Adele Sheers from Qantas explained how as a brand, Qantas exists to “champion the spirit of Australia, to take the best of our country’s lifestyle, attitude and people and share it with the rest of the world and each other.”

The latest campaign from the airline “Feels Like Home” captures the memory and emotions that Australians associate with Qantas, but looks ahead to a new era with their non-stop Perth-London flights on the Dreamliner. The campaign features the real story of real story of the Perth-based Charlton, family reuniting with their grandmother in the UK and definitely pulls at some heart strings.

Bringing travellers together with the people they love from around Australia and across the globe are what Qantas have been doing for 96 years. And now, with their unrivalled network of airline partners across America, Europe and Asia, all of which allow you to earn points and utilise your membership benefits, filers can now enjoy more choice than ever before with Qantas.

As the only airline to offer a morning, midday and evening departure from Australia to the United States via 5 key gateway cities, one-stop connections to over 40 European destinations and direct flights to 17 destinations across Asia, Qantas is the obvious choice for leisure and business travellers alike.

Fly on a Qantas code anywhere in the world. Ask your Travel Counsellor today.