Visit these larger-than-life GoT filming locations

Sadly, we've reached the end for one of the biggest TV shows of all-time: HBO’s Game of Thrones.

After eight seasons of tussling for the Iron Throne and the right to rule over the Seven Kingdoms of Westeros, the likes of Cersei Lannister, Jon Snow and Daenerys Targaryen are sending critics and fans off with smiles wider than the great wall itself.

The show has been filmed all over the world, from Malta and Morocco, to Croatia and Canada to Iceland, Scotland and Spain. So where can you go to get a real-world taste of Game of Thrones? 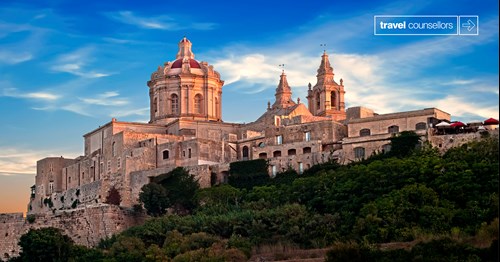 Mdina, the 4,000-year-old capital of Malta, was used as the backdrop for King’s Landing in the first series of Game of Thrones. However, after Maltese officials raised concerns that protected habitats had been damaged, filming was shifted to Dubrovnik in Croatia for season two.

The events of the show’s opening two series can be quite hellish at times so it seems kind of ironic that Irish playwright George Bernard Shaw famously said of the Croatian city, the second location for King’s Landing, “those who seek paradise on Earth should come to Dubrovnik”. The Starks would probably disagree…

“If you dream of living among dragons, you can escape reality and enter the land of ice and fire by visiting Mdina, Malta’s old capital and silent city. Its cultural and religious history dates back more than 4,000 years, which will leave you and your entire family in awe. You will not believe how many TV shows and Hollywood blockbusters have been filmed in Malta.” 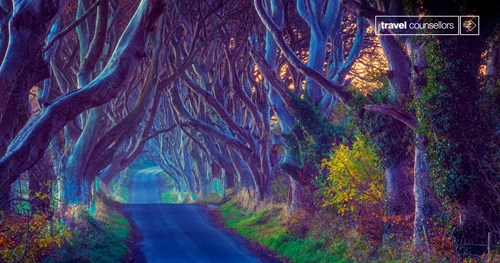 The Dark Hedges are a stunning avenue of beech trees that form part of the Kingsroad, north of King’s Landing.

Planted by the Stuart family in the 18th century, the trees were intended to wow visitors approaching their Georgian mansion, Gracehill House. It’s now one of Northern Ireland’s most photographed sites and a must-see for visitors to the country.

GoT fans will most likely remember them from the opening episode of season two when Arya Stark disguises herself as a boy after her escape from King’s Landing.

Beyond The Wall (Vatnajökull, Iceland) 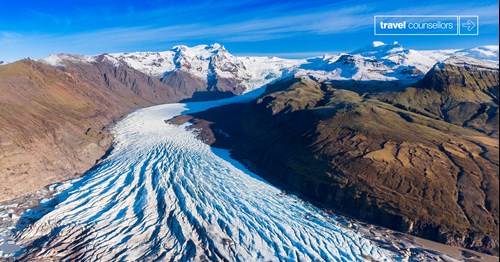 With around 1,000 murderous white walkers waiting beyond ‘The Wall’, it’s a wonder why anyone would want to go there, but it is possible.

Vatnajökull - the largest ice cap in Iceland - is used as the backdrop for any scenes that venture beyond The Wall. Scenes with the Wildlings north of The Wall in seasons two and three were filmed at outlet glaciers of Vatnajökull and other locations nearby in the Skaftafell.

In total, this glacier covers more than 8% of the country, and has featured in other films including Batman Begins, Interstellar, James Bond’s A View to a Kill and Die Another Day, as well as the first Lara Croft: Tomb Raider movie. 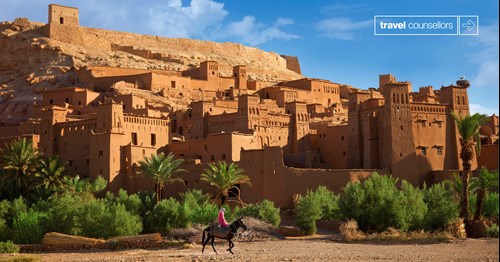 Lay on the Atlantic coast of Morocco is the sleepy fishing town of Essaouira, which forms the backdrop for Astapor: where Daenerys meets the Unsullied – an army of eunuch slave-soldiers considered by many to be the finest infantry troops in the world.

The port city’s iconic fortified wall that appears in the show is a popular tourist attraction and Essaouira enjoys a rich history with historians discovering it has been occupied since prehistoric times. With so much historical importance, it’s no surprise that Essaouira has become a UNESCO World Heritage-listed city.

Castle Ward, a 18th-century mansion that overlooks Strangford Lough – the largest sea loch in the British Isles, appears as the historic courtyard of Winterfell. The castle is renowned for its architecture boasting a clash of gothic and classical styles.

Head here today and you’ll find a masterful recreation of the Winterfell Archery Range in the very same spot that filming took place, essentially transporting you into the world of Westeros. You’ll get to dress up in character costume and stand exactly where characters Jon Snow, and Robb & Bran Stark stood.

Castle Ward is where you will also find the Whispering Wood and settings for key scenes such as Robb Stark’s camp, the Baelor battle and when Brienne of Tarth confronts the Stark men.

“The Giant’s Causeway may not be a Game of Thrones filming location but the 40,000 interlocking basalt columns are an unmissable stop on the Causeway Coast. To get the full-on impact of such a geographically stunning place, I would suggest going very early in the morning or as late at night as entry times permit.”

They say that ‘The North remembers’ and for a holiday you’ll never forget, get in touch with your local Travel Counsellor to visit one – or all – of these otherworldly Game of Thrones filming locations.

You’ll enjoy exclusive benefits including full financial protection and a 24-hour duty office ready to assist you before, during and after your trip.