Where to eat, drink, stay and play in Tokyo 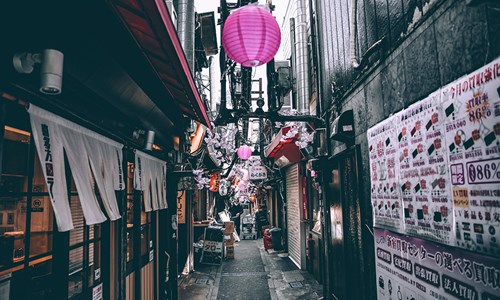 A fascinating mishmash of tradition and modernity, Japan is one of the hottest travel destinations on the planet right now. As the nation’s capital, Tokyo is a must-visit on any trip to Japan. But as a notoriously busy city with so much to do, see, taste and experience, planning a Tokyo trip can be an overwhelming prospect. Here’s a quick guide to get you started! 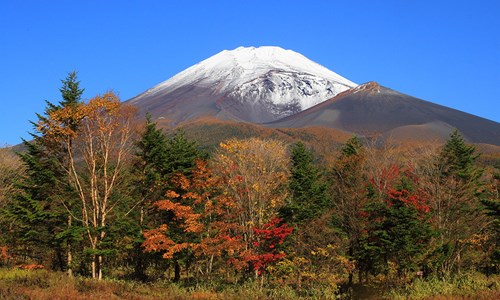 Tokyo is one of those year-round destinations with something to offer everyone at all times of the year. The famous cherry blossom season tends to run from late March to early April. If seeing Japan’s cherry blossoms in full bloom is of interest, this is the best window of opportunity to do so. Cherry blossom season is celebrated far and wide in Japan, so expect to see locals picnicking in parks under cherry blossoms and special cherry blossom-themed menus available at restaurants. September to October sees autumn weather come to Tokyo, so expect sunshine during the day with milder mornings and nights. With autumn turning the city’s foliage a beautiful palette of red, orange and yellow, Tokyo’s parks are a stunning sight during autumn. Summer is in full swing from June to August, so expect sunny days and lots of heat. Tokyo can get quite humid during summer, so travellers with a dislike of heat and humidity should consider visiting at another time. Winter runs from December to January and with snow not unheard of in Tokyo, it’s best to pack plenty of winter woollies, thermals and jackets.

From five-star hotels right in the heart of the city to traditional ryokan stays in interesting neighbourhoods, Tokyo has plenty of accommodation options to choose from. The busy Shinjuku area has plenty of modern hotels (including the Hilton) right in the thick of the action while hotels located near Tokyo Station offer convenience for savvy travellers keen to make the most of the city’s rail network. The Ginza area is known for its luxury malls and department stores, so is one of the better places to stay if retail therapy is on the agenda. Filled with bars, clubs, restaurants and other nightlife, staying in the Roppongi area is a good idea for night owls. 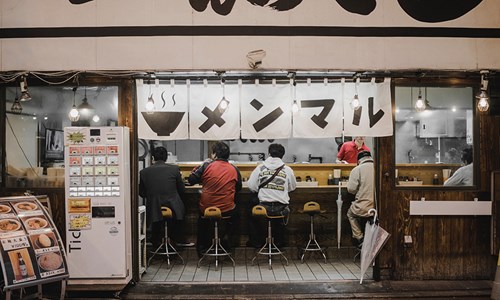 Where to eat and drink

Tokyo is one of the world’s leading foodie cities and with thousands of places to eat, visitors have no troubles finding good food, day and night. From hip sashimi bars to small, hole-in-the-wall ramen joints, traditional eateries where soba noodles are made by hand and markets filled with fresh fare, Japan has something for every budget and preference.

Shinjuku’s Memory Lane is one of Tokyo’s most popular eat streets, with a series of small eateries serving traditional fare lining the narrow alley. From deep-fried tofu to yakitori (chicken skewers) and more adventurous eats (like offal), this alley offers insight into how Japan was decades ago. In comparison, eating in the upscale neighbourhood of Ginza offers something different altogether. While Ginza has many Michelin-star restaurants, eating at one of the department store food halls is an experience to be savoured. Fresh seafood bites, delicate baked goods, handmade chocolates and perfect, unblemished fruit are all available in Ginza’s immaculate department store food courts. No trip to Tokyo is complete without visiting the Tsukiji Fish Market. Wandering the alleys of world’s largest fish market is an experience within itself, with everything from blue fin tuna to crab on offer. Stopping in at one of the no-frills eateries for some made-to-order sushi is a good idea – it’s hard to think of a place where the fish would be fresher.

Alcohol is freely available almost everywhere in Japan including train stations, convenience stores and even vending machines. Drinking to excess in public is frowned upon in Japan, however there’s nothing wrong with sampling some of Japan’s finest beers and spirits when in Tokyo. Trying sake should be on the top of the list and thankfully it’s not hard to find the famous rice wine in Tokyo. Restaurants and bars all stock varieties of sake – from warm sake served in a traditional bamboo jug to more modern sake varieties like sparkling sake served at cool bars. Craft beer, cocktails and other rice wines are also easily found in Tokyo’s restaurants and bars, with tea and coffee also not hard to find in teahouses and cafes throughout the city. 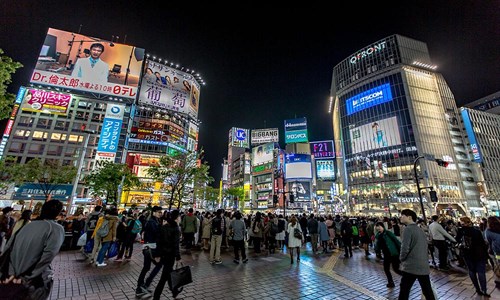 How to get around

Tokyo’s train system tends to bamboozle tourists at first. Despite appearing to be a confusing network of sprawling train lines, Tokyo’s rail network actually one of the world’s most efficient and affordable public transport systems. Once mastered, Tokyo’s rail network opens up the city, offering quick ways to bypass traffic and zip from one side of town to the other. Prepaid SUICA cards can be bought at train stations and ticket vending machines all over Tokyo. Simply select the card, add a dollar value and then swipe to enter the rail system. Simply reload your card with more funds when your balance gets low.

Taxis are also plentiful in Tokyo yet will cost more than public transport. Unlike in many other countries, Japan’s taxis are always clean and in good working order. Despite this, taxis aren’t always the best option as traffic can be troublesome in Tokyo (especially during peak hour) so catching the train is a more efficient and cost-effective option.

With tipping culture not prevalent in Japan, tipping isn’t necessary at all. In fact, tipping can cause confusion or even offend some locals, so it’s best to pay your bill and nothing more. Service levels are typically very high in Japan, despite this it’s wise to resist the temptation to tip and save that money for something else like a bottle of sake, a new outfit for your cat, a vending machine meal or wasabi flavoured Kit Kats – all uniquely Japanese things to spend money on in Tokyo.