New Year’s Eve is a special time of year. It’s a night when we can all make new beginnings and look forward to the year ahead - possibly to some incredible travel plans we’ve made. It also happens to be the biggest party of the year and across the world cities compete to ensure that their party reigns supreme and here are some that are set to start 2020 with a bang: 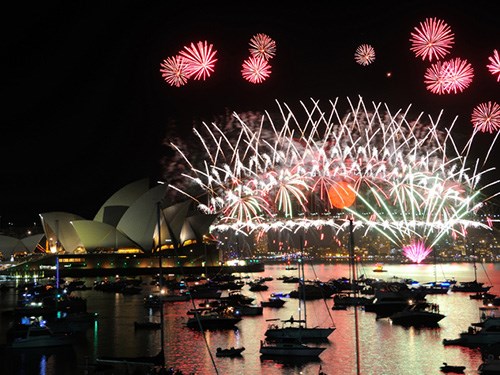 As one of the first places to bring in the New Year, the pressure is on Sydney to get it right – and they always deliver. Sydney has two firework displays, both of which take place around its scenic harbour but can be seen from across the city. One takes place at 9 pm and one on the stroke of midnight.

Locals often head down around dinner time to set up for an evening with the family, taking food and drinks along with them. If the harbourside gets too crowded, some of the best seats in the house are actually over the bay in Balmain were areas of grass line the waterfront and provide excellent picnic opportunities and great views of the firework display. 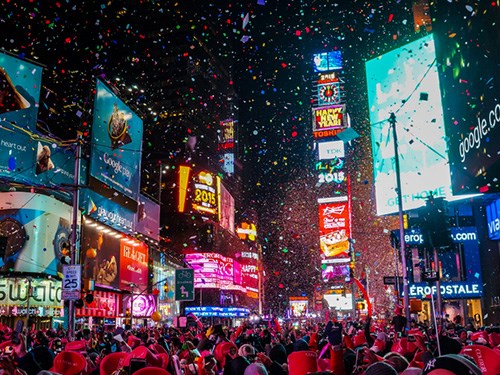 Time Square’s annual ball drop is one of the most recognisable traditions on New Year’s Eve from across the globe. Tens of thousands of people line New York’s streets to witness the spectacle and subsequent firework display.

Concerts will be taking place across the city catering to almost every music taste imaginable, while restaurants offer special New Year’s Eve menus and bars and nightclubs party way into the early hours. 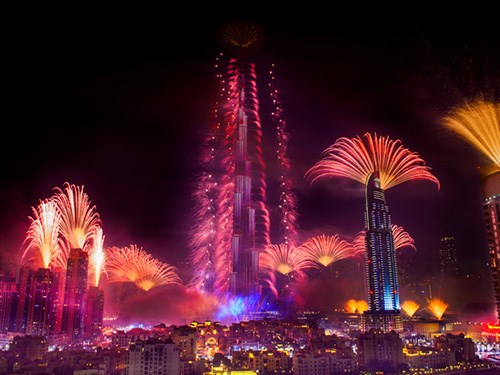 When it comes to New Year’s Eve fireworks, we’ve got to give Dubai the crown. Each year the Burj Khalifa becomes a blazing tower of pyrotechnics and the surrounding city launches thousands of vibrantly coloured explosions into the warm night sky.

Thanks to the sheer magnitude of the display, the fireworks can be enjoyed from across the city so you can get right into the thick of the action at the foot of the Burj Khalifa, where a magical water fountain display also wows guests at the stroke of midnight; retreat to the traditional Emirati setting of Al Seef, or stick around the luxurious grounds of your hotel to take in the festivities. 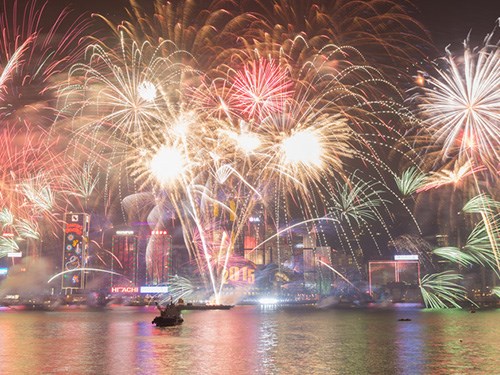 On New Year’s Eve Hong Kong’s iconic skyline is illuminated with an awesome display of vibrant colours as the midnight fireworks welcome in the new year. Expect a tantalising extravaganza of colour and sound as the fireworks over the harbour are choreographed with a laser show and music.  For a unique experience, take a cruise out into the harbour for an amazing view of the firework display.

Following on from the New Year’s Eve performance, New Year’s Day is marked with a parade which winds its way through the city streets. Filled with marching bands, acrobats, extravagant floats, Chinese dragons and loud firecrackers, the parade will stimulate every sense and give you a unique insight into Hong Kong’s Chinese heritage. 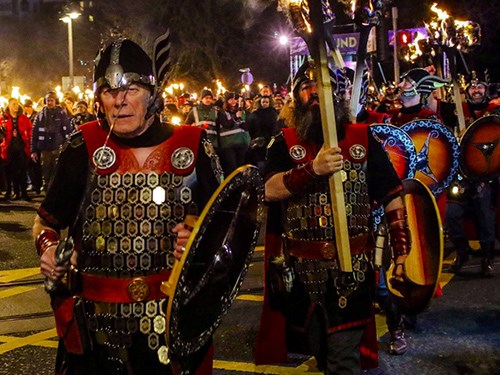 Hogmanay is the Scots word for the final day of the year and Edinburgh’s Hogmanay celebrations are some of the greatest in the world. Instead of just one night of celebrating, the Edinburgh party goes on for three days and features a torchlit procession on 30th December, street party and concerts on the night itself and Loony Dook on New Year’s Day when fancy-dress-clad revellers take a dip in the Firth of Forth estuary to raise money for charity.

Booking with your Travel Counsellor allows you to take advantage of exclusive benefits including full financial protection and a 24-hour duty office ready to support you before, during and even after your trip.